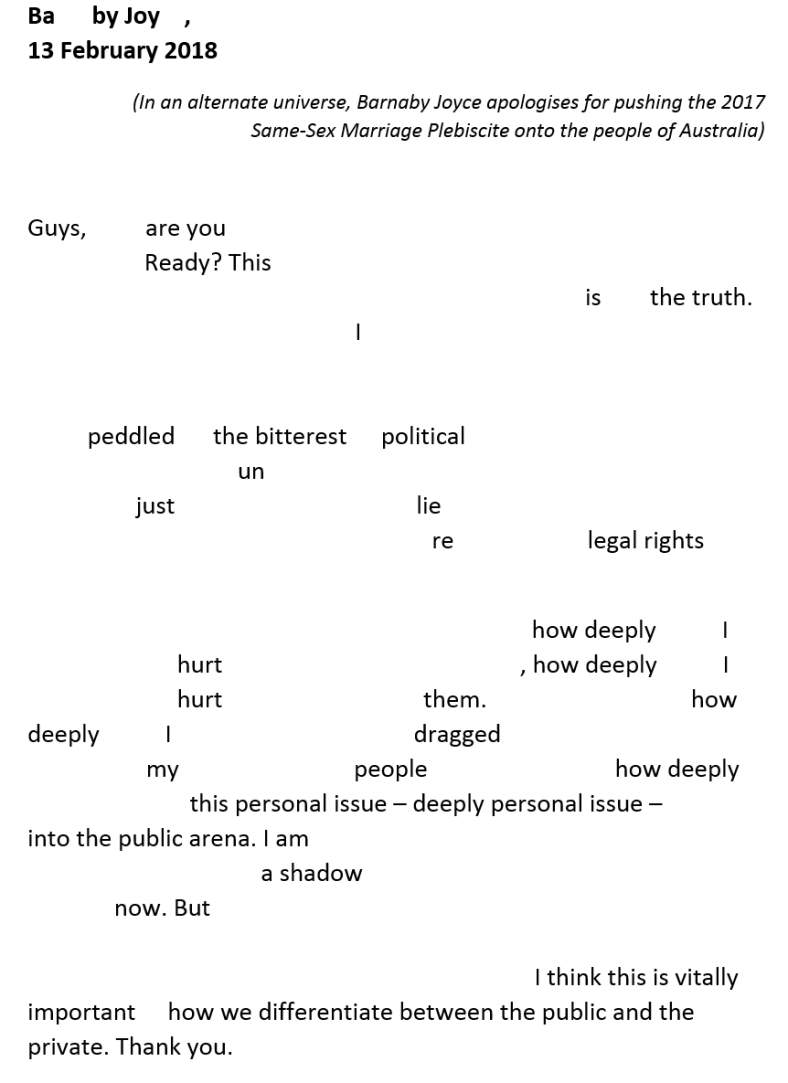 Note: This poem is an erasure of a media statement made by then-Deputy Prime Minister Barnaby Joyce on 13 February 2018. Film of the second half of the speech can be viewed here: https://www.theguardian.com/australia-news/video/2018/feb/13/barnaby-joyce-makes-public-apology-to-family-partner-and-voters-video

Melinda Smith is the author of six books of poetry, most recently Goodbye, Cruel (Pitt St Poetry, 2017) and Members Only (with artist Caren Florance, Recent Work Press, 2017). She is a former winner of the Australian Prime Minister’s Literary Award for poetry and her work has been widely anthologised and translated into multiple languages. She is based in the ACT and was poetry editor of The Canberra Times from 2015 to 2017. 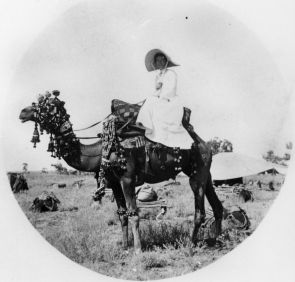 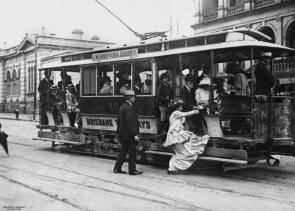